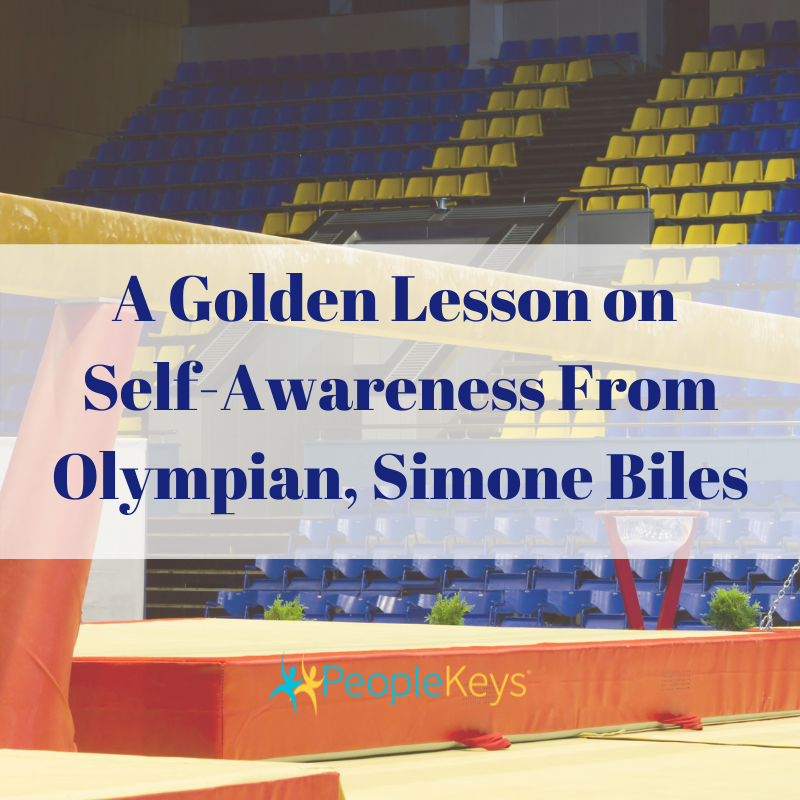 A Golden Lesson on Self-Awareness from Olympian, Simone Biles

Anyone who watched or followed the 2021 Olympics knows Simone Biles. She is arguably one of the best Olympic gymnasts of all time, and she was expected to do what she has always done – perform flawlessly and perfectly. The trials and tribulations that she faced during the Olympic games are what have made them so memorable.

A phenomenon called “the twisties,” widely experienced by professional gymnasts, came over her. Her body would not respond to the visual cues and other sensory perceptions needed to know her position in space when performing. This condition is hazardous, especially for a gymnast expected to perform moves so complicated that they have been named after her because no one else in the world can do them. It’s even worse when the world is watching, especially when you are an Olympian expected to win everything.

I told a couple of my golf friends that I must have a lifelong case of the twisties because my body has never entirely done what my brain tells it to do. I think we have all experienced our own “twisties,” regardless of our profession. Those of you in coaching, consulting, or training can attest to those moments you are so PREPARED, so READY, and have so well trained for—and then something unthinkable happens that rocks your world. Illness, stress, outside interference, and 100 other things we have all experienced that temporarily dashes our dreams. However, to delay is not always to deny! We can choose to stay down or stand up again using everything we have possibly ever learned or experienced. It might not be easy, but you will not be held down for too long.

How Simone Biles handled the situation was “gold” for me, and I think we can all learn a lot of essential things from her:

She recognized there was an issue, and it wasn’t just going away on its own.

The hardest thing we all face is fear itself. Thoughts like, “I might not get to go on, I might disappoint people back home, or I may hurt my teammates.” The fact was that she was emotionally intelligent enough to recognize she was not medically cleared nor safe to compete in that state. 99.99% of the people reading this right now would be dead or permanently paralyzed if we tried even one of her less aggressive routines. It was a matter of life and death and health and safety over reckless endangerment of a promising young person who will be a role model in many ways for many years to come. She made the only correct choice.

She surrounded herself with good people she could trust and listen to.

She made herself available and open for daily evaluation and feedback, taking one day at a time. That is another champion move. It would have been easier to withdraw altogether. Being transparent and allowing herself to be evaluated daily also meant being under media scrutiny and other pressures while trying to take care of her health. She trusted in herself and what she had practiced her entire life, and part of that was never to give up if there was still any chance. Anyone in the Olympics knows this all too well; they have been dreaming their whole life of the impossible.

She relied on her self-awareness and foundation.

Her experience, training, muscle memory, relaxation techniques, sports psychology, and all the things proven over the years to work for her. She had a foundation and basis of good habits and skills she developed her entire life. She did not go looking for some “new” answer. She had a positive mindset and worked on what she knew and, in the end, could be trusted - the investment she made into herself and thousands of hours developing every move and every motion. She secretly practiced basic movements and removed the “twisty” moves out of routines that might cause her disorientation. She literally grabbed her legs and locked on to what she knew, and it worked for her. She had a high sense of self. We should all be that self-aware.

She got back on the horse, or in this case, the balance beam.

To me, that would be the last apparatus I would want to get back on, but not Simone Biles. She won the bronze medal, which I believe is one of the greatest comeback stories of all time. It’s Simone Biles, and in the end, many still expected her to win.

She was an example to her teammates, even for the events she could not compete in.

She was still a cheerleader for the rest of the team. One of the other gymnasts even credited Simone’s coaching and influence in making her own comeback, which would not have been possible without Simone.

Upon winning her bronze medal, Simone Biles revealed that her aunt had suddenly passed away, and she was notified after arriving at the games. It was an aunt she was close to and loved dearly, so we won’t ever really know how much courage she summoned up, but it inspired me to want to do even better.

How does this apply to your world? Train, practice, and sharpen your skill sets to be even more prepared to handle the unexpected. Develop your self-awareness and emotional intelligence. PeopleKeys® has certified a record number of coaches during the pandemic because the world NEEDS you more than ever.

People need answers on dealing with others, managing stress and conflict, communicating better, and doing more with fewer people (We all need more good help, right?). We have answers, and we can give you a competitive edge.

Your coaching or consulting business should be booming during this time, and PeopleKeys can help certify and train you to help others during challenging times. If you’re already DISC certified and need more “practice,” take a refresher in DISC training to be better prepared to go out and help others go for their gold. 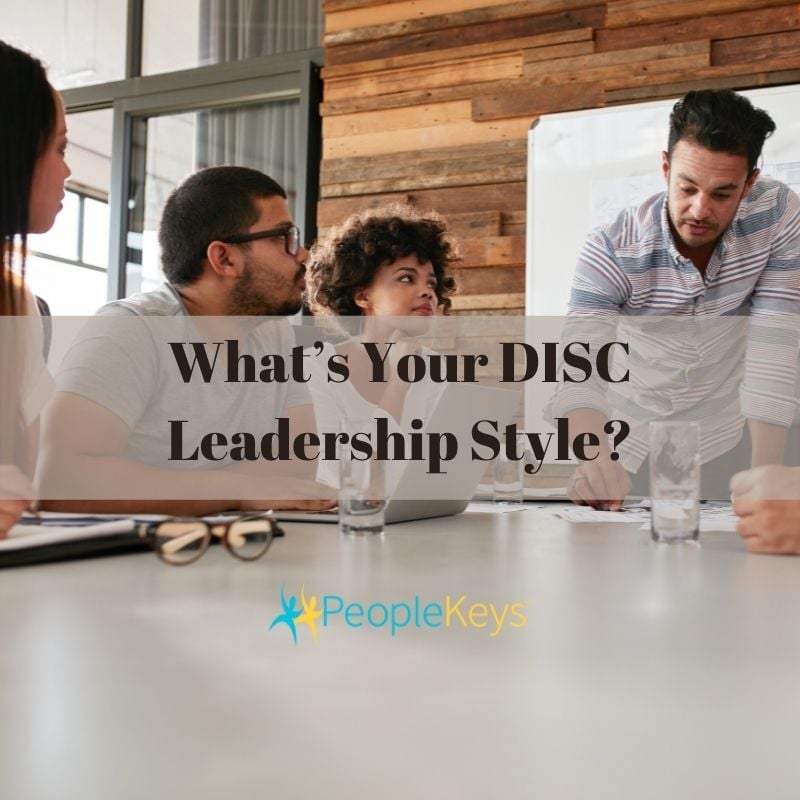 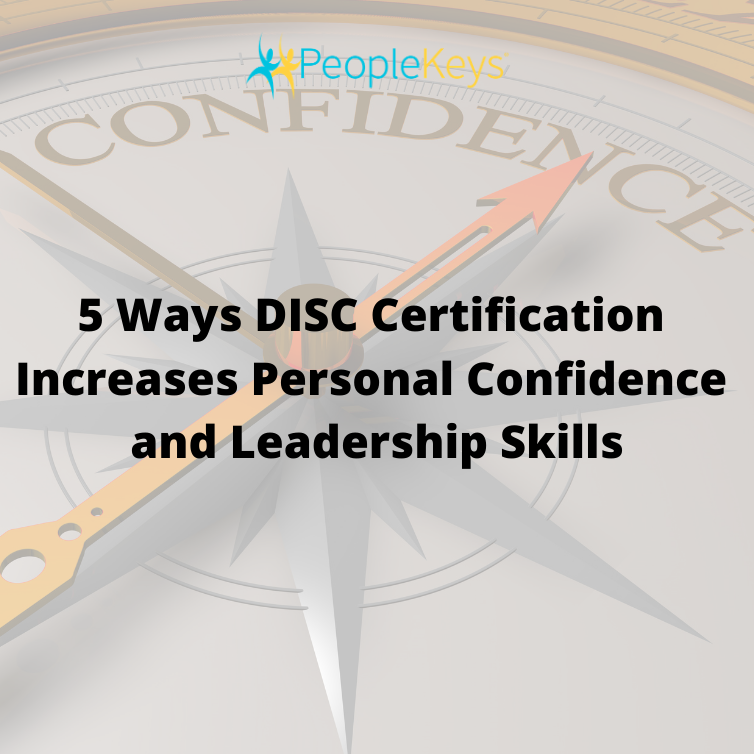