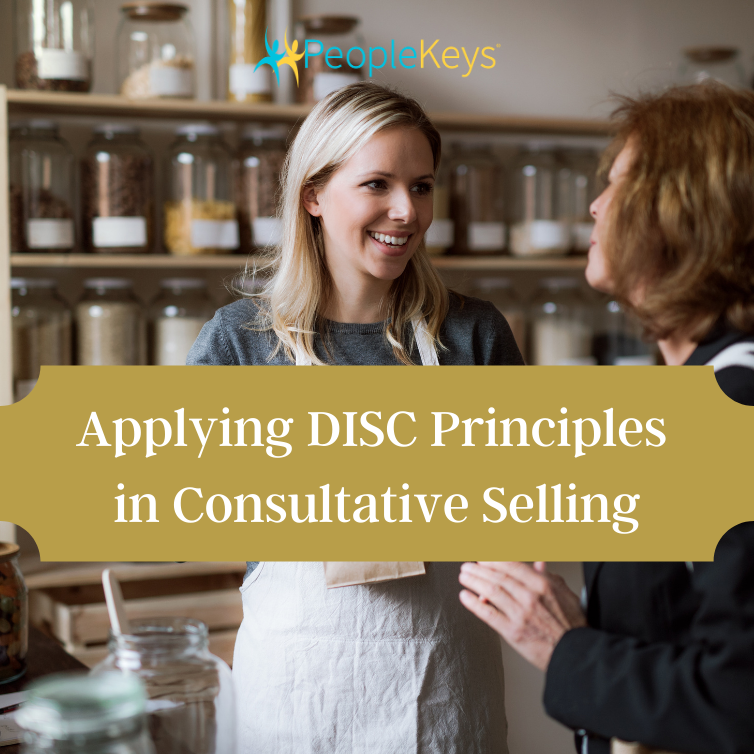 One of my favorite sales approaches is counselor selling, otherwise known as consultative selling. In sales training and practice, you learn this method of selling works well because you perform the act of selling as a partnership, where together you find the best possible solution for the person needing your good or service. The difference is not how attentive you are to the other person's needs. It is about having such a fundamental understanding of the buyer's need that your solution is the best possible solution, answering issues the buyer may not be aware of.

Here is what this sounds like in action. A colleague and friend of mine talked about hiring a company to pave a new driveway for his house. He did his due diligence and spoke with three companies. The third company was different.

That person spoke about installing a driveway much differently than the first two companies.

The first two companies' salespeople talked about their asphalt process, what they did, when they could pave the driveway, how long it would take, and what it costs. These first two companies were quite similar in most aspects, and because my friend didn't pave driveways every week, he didn't know how much the other elements mattered.

When the third salesperson came to my colleague's house, he sat down and talked to him. He asked about his children (who were currently running around in the yard), what he did for a living, how long he owned the house, how long he thought he would live there, and other priorities - all quietly and respectfully, not in a prying manner. These things just came up naturally in conversation.

When he came to the driveway subject, he told my friend that his company would do a quality job, and based on the size of the driveway, the cost would be X. The price fell between the first two salespeople's price quotes, but my colleague felt greater trust with this salesperson. He was ready to go with him and said as much.

The salesperson was appreciative, thanked him for the business, and then continued, "The paving job I quoted you is good and will serve you well for about 15 years. However, due to our cold winters and frost heaving, you will be looking at putting a new driveway in about the time when your kids will be heading off to college. Instead of a basic paving job, we could do one that addresses the ground below the asphalt that will last as long as you plan to own your house."

The price for the better driveway was considerably more, but it made plain sense to do it. My friend was redoing the driveway because it had fallen apart, and it was going to happen again if he didn't take extra preventative measures. He planned on living in this house for over twenty years more and didn't want to have to deal with another driveway job when his kids were heading to college. He signed for the better driveway right then and there.

"To know thyself is the beginning of wisdom." - Socrates.

When selling to a prospective client, it is essential to understand how you show up to them - knowing what they see about you that works for them or doesn't. The solution is not about changing yourself to suit others but being aware of how you can flex your selling style to meet your target buyer in a way that enables trust and certainty.

Knowing your DISC profile and identifying different customer buying styles based on observable behavior enables you to be clear about how other types of people react to you. Having this awareness will enable you to alter your communication to suit potential clients more effectively. We all have our dominant behavioral styles that we tend to operate from because they work for us. Over the years, we don't need to think about how to respond because our behaviors come from deeply learned responses. To behave with a different DISC style in mind, we need to use our forebrain to pull us out of automatic actions to ones we choose because we are looking to produce a different result.

Consultative Selling with DISC in Practice

The Case Study of the salesperson using consultative selling relates to using DISC profiling for understanding how to alter your selling style to that of your customer's style. People buy from people like them and people they trust. The third salesperson learned that most of his customers knew little about paving, so he focused on what they do care about - their family and finances. He used behavioral selling tactics, covering the four DISC dimensions, over the course of the sale.

When the salesperson, a Conscientiousness "C" DISC type, met their prospective client, he started off being personable like an "S" style since the Stable or Steady types represent the vast majority of the population. If my friend had been more animated during the sale's social connections phase, the salesperson would have known to be more interactive and put more excitement in his voice to be more like an Influential "I" DISC style. My colleague is a Dominant "D" DISC personality and was initially not comfortable with the family questions. However, the questions were making sense without making him feel like he was being taken advantage of, so he let the salesperson continue.

With a Dominance "D" style person, the salesperson knew to be succinct and to-the-point, understanding the client would ask questions if they had any. When he spoke about the paving job details with my "D" friend, he gave his proposal directly and clearly. If my friend had asked many questions during the interaction, the salesperson would have figured him as potentially a Conscientiousness "C" style, like himself, and followed with more details.

Something else that the salesperson looked to do was to team with the client. By making a vision of the future, he projected an alternative that was less than ideal (another paving job when my friend's kids were nearing college) and a solution for solving it (correcting the ground problem for a longer-lasting driveway).

Finally, the salesperson's natural "C" style came out when he described the difference between a typical paving job and one that could weather the drastic temperature changes found in the region. When he spoke about needing to grade the land underneath the current pavement, using different layers of stones for drainage and other details, his prospect listened because these details had context for him. He was willing to learn why the more expensive way would last longer. The salesperson was glad to provide the exacting information because that was where he was most comfortable. Still, he was also careful not to lose his client by going overboard on the details.

When thinking about how you sell to others, you need to meet them where they are. If your selling approach allows you to meet with a sales prospect over multiple meetings and connections, you may formulate their DISC communication preferences for building rapport and trust. With this knowledge, you can target your communication to them in a way that makes a win-win more likely.

DISC sales training will ensure you reach your prospective customer in a way that enables them to see solutions they may not have considered before working with you.

Discover how this strategic approach provides a solid strategy for covering the sales cycle bases from introduction and rapport-building to closing more effectively. 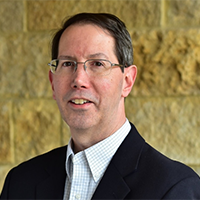 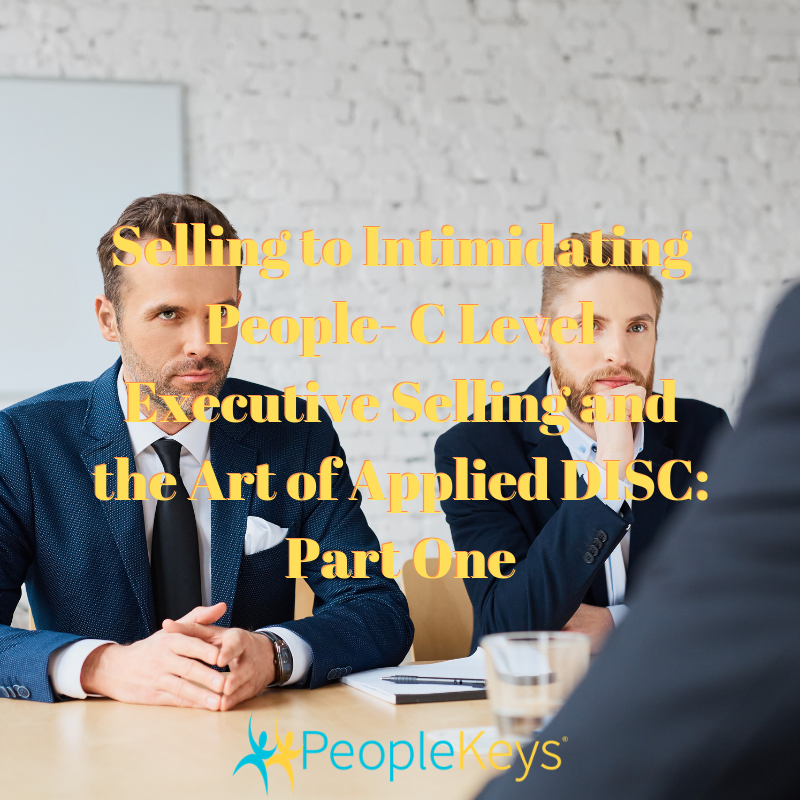 Selling to Intimidating People - Executive Sales and DISC: Part One 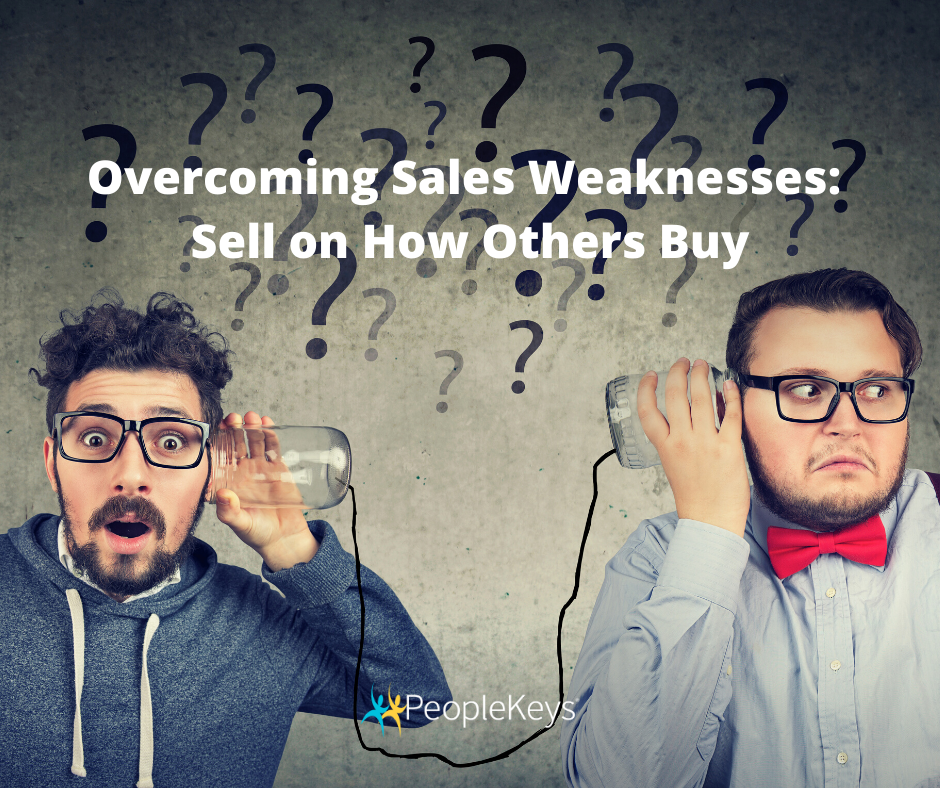 Overcoming Sales Weaknesses: Sell on How Others Buy