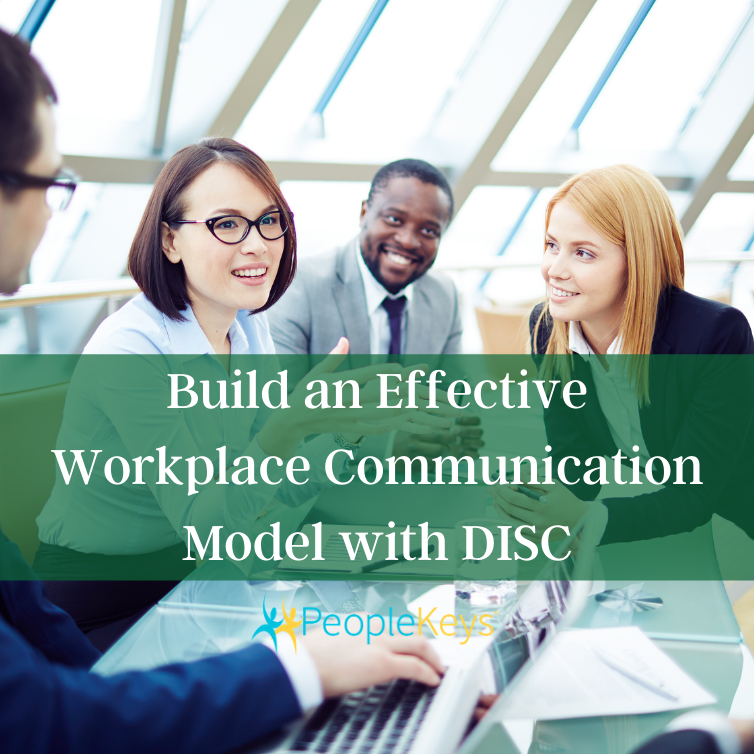 When designing workplace communication for your staff, consider the layers of communication required to properly absorb and adopt the information they receive in a way they will act upon it in the future. Layered communication provides messaging of change to those receiving it in their context, role, and work. It starts with broad declarative statements from the top that are meant to provide a consistent framework across the firm. Cascading communication is more specific and tactical, addressing individual functions and business units as they flow across the organization.

Effective workplace communication provides an understanding of how to operate and behave according to the message being delivered. What it should not do is homogenize thinking within the workforce so that diverse perspectives are not allowed or quashed in an effort to build conformity. More than ever, innovative thinking and diversity of thought are required to break out of operating models and approaches that leave organizations and firms talking about innovation rather than staying with the same stuck, slow-to-change patterns.

Business leaders play the most significant part in contributing to and reinforcing communication that is related to their purview, whether a division of thousands or a team of five. DISC assessments and their corresponding reports are most effective with staff who are a part of the teams you most interact with. Understanding your DISC profile and individual team member profiles provides insight into the best approaches for communicating with them.

Below are examples of how different leaders used DISC theory to support their understanding of their DISC personality type communication style, or a team member's work personality profile, to produce greater understanding and success within their teams and organizations.

1. Dominance profile – Suki drives forward but leaves her team behind.

When Suki learned of the new global change initiative on creating an agile workplace, she went all in.

She understood moving to an agile environment would enable her office to use flexible seating to interact with people they usually did not interact with, encouraging new ideas and promoting greater creativity and innovation. It also allowed the utilization of office space in new ways allowing room for expansion without added costs. Because Suki understood the benefits, she was excited to offer her office as the first in the company to become agile.

In her senior team meeting with the office leads, Suki was disappointed to hear people pushing back on the transformation. They did not ask about the seating software, the exciting new office layout, cost savings, and potential productivity boost. They agreed with her on those benefits, but all she heard were the negatives. How would they manage introverted staff who work better in isolated spaces so they're not constantly distracted? How were they going to enable remote workers to collaborate with folks in the office without having seven simultaneous conference calls going on at once? And so on.

Suki thought this was all a waste of time. She wanted to scream, "Let's get on with it so we can be the first office in the company to have an agile workspace." She did not scream, though, because she was conscientious that the conversation and the meeting would have broken up without any advancement. She needed these folks on her side.

Fortunately, Suki remembered what she learned about communicating with her team from a recent DISC workshop facilitator. The first thing Suki did to get the crew on board was to slow down and listen to them. Next, while she wanted to get to the bottom-line, the rest of the team was not there yet. She needed to apply what she learned and how to use DISC - to communicate in a way that managed their trepidations while sewing in seeds of benefit. Finally, Suki made sure she asked the team for any concerns they had not voiced yet, allowing some of the folks who were holding back to chime in on more ways to make the plan operate better.

Suki began making the progress she was so eager for by moving from communicating directives to her team to listening and communicating with the team. By not shutting out dissenting opinions, her team was free to make good points about providing a good diversification of space to meet all of her staff's needs and requirements. Her use of give and take with the team produced a more realistic and usable design for the office, and one the staff adapted well.

Vlad's natural predilection for brainstorming allows him to test out a great many ideas before settling on the best path. He is quick to bring in colleagues to hear their reactions and learn from them as well.

As a team leader, he likes to bring in many ideas, data, thoughts, and people in his decisions.

In a performance review meeting, Vlad received feedback that his communications to the team were unpredictable at times. His manager mentioned that she learned Vlad wanted his team to respond to Slack posts as quickly as possible throughout the day. She also heard from the team that when Vlad's team was in one of his many impromptu meetings, he was upset at them for being on Slack during the meeting. His manager pressed that this was not the first time Vlad told the team one thing, only to reverse course without warning.

Vlad was embarrassed to hear the different stories that he followed too many paths without clarifying the actual direction. When communicating to his team, Vlad learned he needed to be vigilant about what he wanted the team to commit to, even if it was to say that there was no clear path. While Vlad was often touted as a great communicator, his manager's pointing out his inattention to details taught him he needed to stick to a single message.

3. Steadiness profile – Raul heard the change message but did not fully comply.

Raul's maintenance manager, Maria, was clear and to the point about maintaining the company's corporate jet. She recommended they start draining the fuel more frequently now that they relocated the jet from the Northeast to Phoenix.

Raul had concerns that he did not share with Maria. He thought this practice was unnecessary and a waste of fuel, which was costly and had some minor environmental impact.

People already complained about them having a corporate jet, so no need to push things.

Raul continued to do standard recommended fuel tank sampling, and there was no problem for a while.

Then troubling test results came back, signaling that there was contamination in the fuel. An expensive fuel tank inspection was required, making the maintenance manager close to firing Raul, who was generally seen as highly loyal, reliable, and dependable.

Maria had to know what went wrong with her communication with Raul. Here is what she learned when she spoke with him:

Learning that Raul is a Steadiness DISC style, Maria realized that she needed to clarify the reasoning for the changes in the maintenance schedule for him to understand the logic in the future. For example, he was used to the plane being in a colder environment, whereas she knew from being in the military that hot climates can do a number on fuel and fuel tanks.

In the future, she would use his commitment to the firm, the plane he loved, and contextual details to enroll him in future changes to the plane's maintenance schedule and routines.

4. Compliant profile – Why doesn't my team react to my emails?

Camella came back from the regional meeting with pages of notes, slide decks, charts, and other data that she had pulled down to her computer about the latest digital initiative.

It was similar to the last system update where her team migrated their purchasing data, which was previously on a customized program, to the same software used by the rest of the firm. She was excited to announce they were going to update to the shared software format so her group's interactions with the customer, which were also on a separate system, would be available for all to see.

Her emails were detailed with all the specifics needing to be changed, timelines, and rules for how things should and should not be done. In her mind, Camella had laid out everything for the team.

The only thing left to do was to get it done. When Camella periodically checked in with the team, they were consistently behind on the plan, and there were several problems with their work. No matter how many emails she sent to the group about how important this was, they weren't moving the ball forward.

Halfway through a new email that was going to put the team's feet to the fire, she stopped. She remembered her DISC training and thought her communication approach might be contributing to the team's lack of energy to the new initiative, not their capabilities.

Camella realized she had been communicating at her team. She was defensive about the comments received about her approach and hadn't listened well. The other implementation went so well, and the only way this one could get on track was to check in with her team.

Camella had a team meeting where she started by admitting that, in her excitement, she was pushing the team and had been critical of the feedback she received. Her intent was not to force the implementation on them and asked for their comments. Here is what she learned:

In the end, she had a better understanding of her team. Camella learned that her team shared her commitment to quality but just needed to be included. As much as she preferred nonverbal communication, her team needed more opportunities for dialog to stay on the same page. Finally, she understood that they did not have to be doing it her way for the team to succeed, as long as they do it as a team.

Leaders who build trust, establish common goals, enable mutual respect, and have tolerance for differences within their team are best positioned to have their communication heard and acted upon. DISC profiles provide the leader and the team a clear understanding of each team member's strengths, allowing individualized communication for each person based on what they will respond to best. While this may sound like more work, in practice, it saves wasted time and effort as opposed to broadcasting a message that is heard but not fully received. 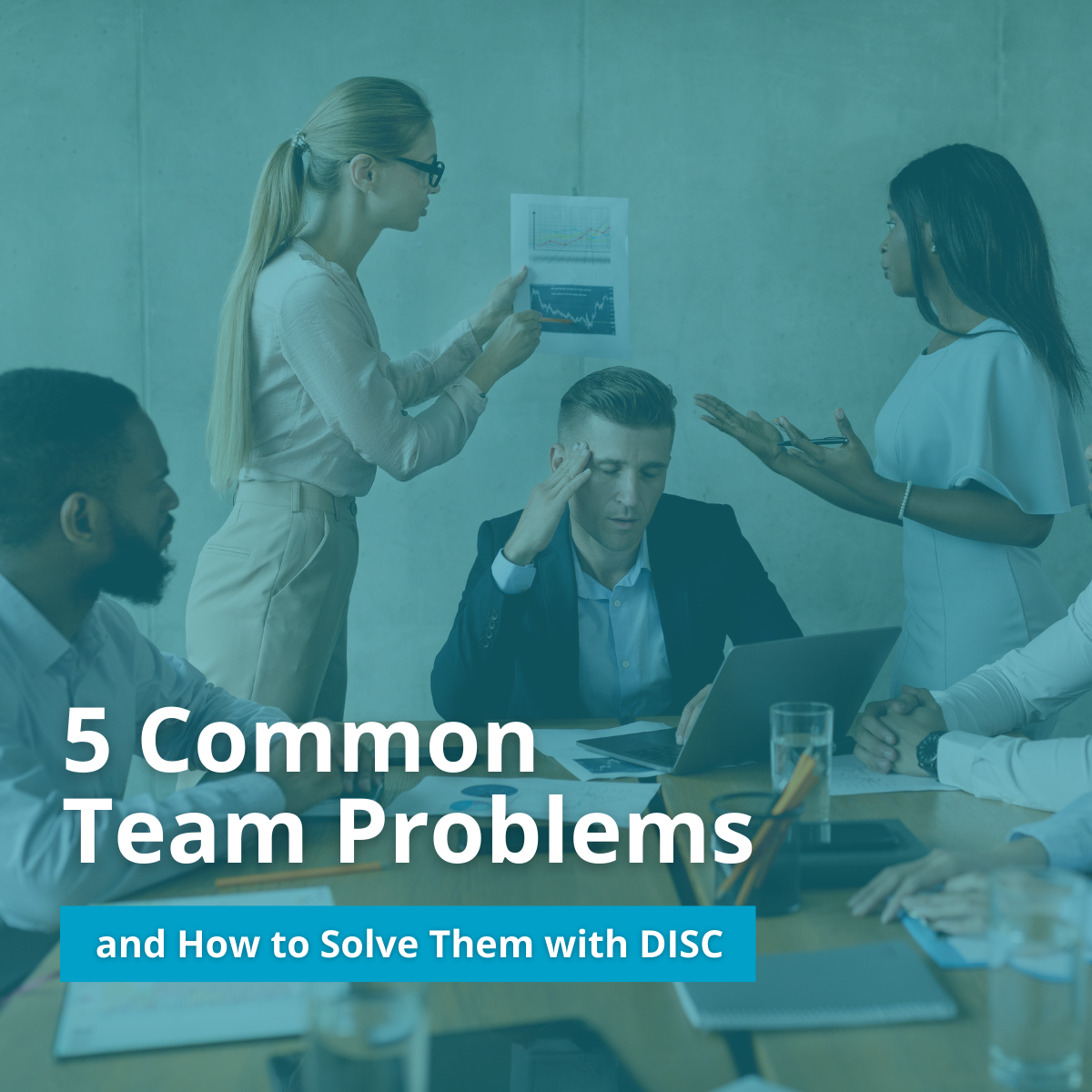 Understanding Natural Roles on a Team