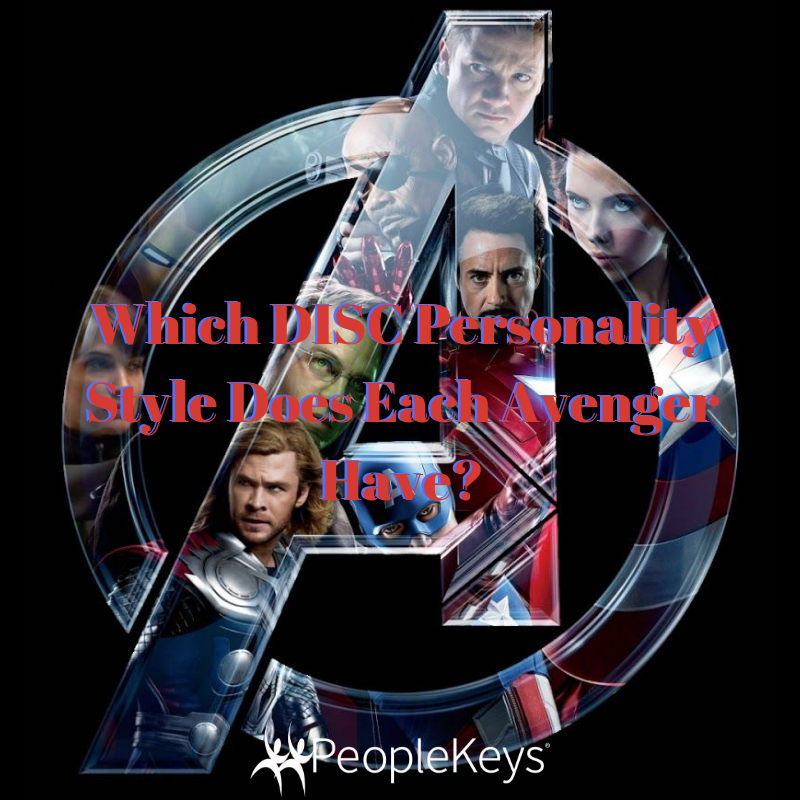 Which DISC Personality Style Does Each Avenger Have?

With the next iteration of “The Avengers” series beginning production in January of 2017, the popularity of these characters doesn’t seem to be declining anytime soon.

These characters are iconic- classic superhero archetypes with admirable and imitable traits. The Avengers are strong, tenacious, talented, and intelligent. And they all have distinct personalities.

So what DISC personality is best attributed to each Avenger?

Hawkeye’s name is even about accuracy. He excels at precision and is the definition of detail oriented. He knows precisely where and when to strike to achieve his objectives- and he never misses. He is there to get the job done, and is very task oriented. He has always done his research before he goes on a mission, he isn’t winging it, he knows what needs to happen for the mission to succeed. He has also trained rigorously to achieve this level of technical prowess.

Black Widow, or Agent Natasha Romanov, is also a C style personality. She persuades using facts and information; her attacks are precise. Everything she does is in service of getting the job done correctly. She only expresses emotions when they are used to manipulate information out of people, for example, when she feigns heartbreak to draw Loki’s intentions out of him.

Ironman is the epitome of an I style personality. Social, fast paced, and prone to showboating, Tony Stark is not one to hide from the limelight. Ironman is always interrupting everyone and talking over them. He always has to be the center of attention. He overrides Black Widows PA system to play his own intro music and asks Agent Romanov, “You miss me?” He is inspiring, persuasive, impulsive, charismatic, quick thinking, and optimistic. His “Look at me look at me!” style even permeates his superhero identity. While most superheroes keep their real identity secret to protect themselves and their loved ones, Stark does the opposite.There is no separation between Tony Stark and Ironman. He didn’t keep it a secret because he wants the attention. He made a suit that is practically impermeable and indestructible, yet it has a faceplate that comes up so you can see Tony inside.  Like any I under stress, Tony always makes a joke to lighten the mood. Aspirational to some, he is the pinnacle of many people’s beliefs about what a rich man’s life would be like, with all the toys, girls and attention. Stark prefers to inspire others by leading, not following. At one point he even describes himself as “billionaire playboy philanthropist.”. He’s even got a giant building with his name on it. Sure, Ironman is really a combination of an I and a D (which spells Id- Freud joke!), but it is his persuasive and inspiring traits that make him such an I style.

Captain America literally hides behind a shield that looks like the American flag. He literally shields himself from harm by hiding behind the symbol for his country. He believes that systems and loyalty will protect us, and that these concepts are worth fighting for. Symbolically, he not only subscribes to these systems and seeks stability, he fights for them. Steve Rogers is an S style personality- steady, predictable, loyal, team and people oriented. Captain America is staunchly loyal to his country. His only form of rebellion is against people who are not in his herd (people who believe in Democracy.)  In the 2012 film, Rogers tells Loki about Hitler and America’s part in the fight against fascism. He uses this as an analogy for the battle he will rage against Loki’s dictatorial tendencies. Sure, S Styles are notoriously peaceful. But this peacekeeping tendency only goes so far. S’s are peaceful because they want to maintain stability within a group. When something external threatens the group, they will fight for it to return to homeostasis. Captain America strives to create solidarity between all Americans against what he perceives as an evil outsider threatening the world order.

Everything that he says and does supports the idea that he is an S style personality. When Captain America is talking to Ironman about Thor’s attempt to purloin Loki, he says “We can’t just attack, we need a plan!” He is both saying that they are a team, not just a bunch of individual heroes; and that you have to plan as a team before acting.  You don’t act impulsively or quickly.

Tony Stark’s response to C.A.’s prompting him to plan is  “I have a plan- attack.” This also serves to exemplify his I style personality: impulsive, fast acting, and change oriented.

Additionally, Romanov exhibits her C style personality in this exchange. She says “you cannot just attack them, they are basically gods.” This shows she believes that the facts need to be taken into consideration, and procedures must be followed. She also indicates that she is pessimistic about the probable outcome. And then Captain America says “there is only one god, and I’m pretty sure he doesn’t dress like that.” This shows that he exhibits a belief in organized monotheistic religion, he believes in appealing to the group, loyalty, belief in hierarchy, and a group mentality. This drive for security and stability and loyalty puts him at ends with Ironman.

Stark’s style conflicts directly with Captain America’s. Rogers tells Ironman he should follow orders; Ironman says following isn’t his style. C.A. asks questions, Ironman thinks he knows all the answers. Captain America says “threatening the safety of everyone on this ship isn’t funny” when Ironman pokes at the Hulk. He chastises Ironman for not being willing to take one for the team, like he is.

Dominant, brute force, his secret is that he is always angry. This is the D style personality’s superpower, too. D’s don’t wait for permission, they act. They aren’t concerned with consensus or teamwork; they are concerned with achieving their objectives. Banner once warns Romanov to not try to forcibly convince him, or he will get angry.This is also true of a D style personality. D styles hate to feel like they are being taken advantage of.  Loki calls Hulk “ a mindless beast that makes play he’s a man,” but Banner describes it as always having a raw nerve. His anger and his power to act on it keeps him from paying attention to details and plans when he is “the Other Guy.” Ironman indicates at one point that the amount of gamma radiation that Banner has been exposed to should have killed him, so the other guy saved him. In many ways, this is true for all D styles; they are the ones you turn to in an emergency. Hulk (not Banner) is good in a crisis; he is not afraid of confrontation or danger. Loki says “I have an army” Ironman says “We have a Hulk, which is pretty much the same thing. ” This encourages the idea that one D style can accomplish more than a number of other people combined.  Even his catchphrase indicates that he is fast paced, active, and task oriented. “Hulk smash!”

Many other superheroes fit these DISC archetypes, and we will continue to show you how DISC theory can be applied to any personality, even fictitious ones.

What Color is Associated with Your Personality? 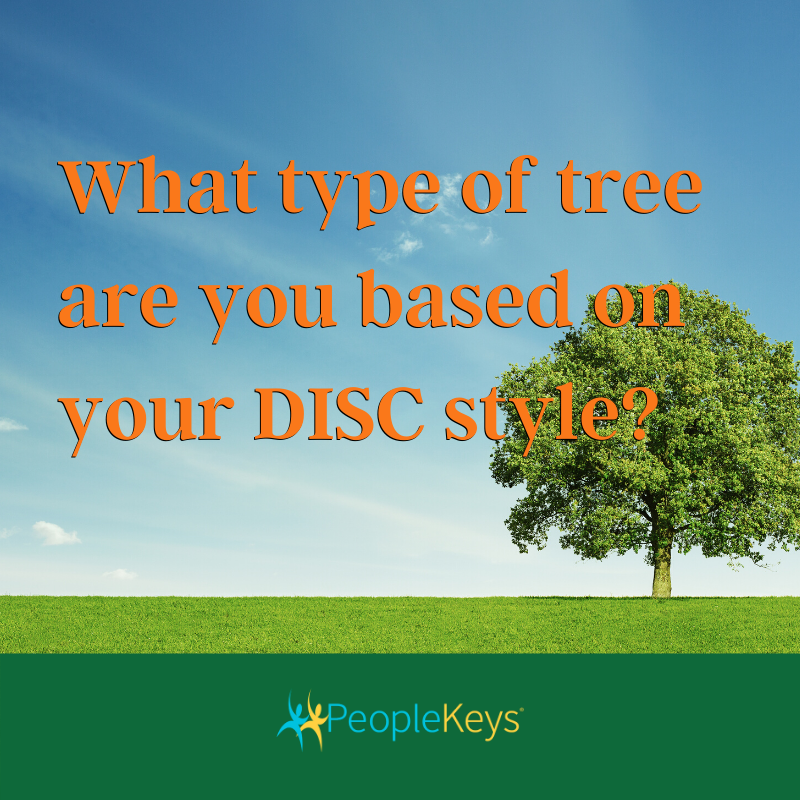 What Type of Tree are You?