In the course of a single day, you’re likely to receive email from a dozen different people. It’s interesting, isn’t it, that emails are often drastically different in style from one person to the next? Direct, bossy, rambling, friendly… Often depending on the person sending the email, you know what to expect before you even open it up.

Yes, writing style plays a part in the different approaches to email. But personality does too. Here’s a look at the different ways the four main DISC personality types approach email, and how to best communicate with them.

People with a D-style personality think fast and make decisions quickly. They move at a quick pace, and prefer direct, straightforward communication—Beating around the bush isn’t their style. When you open up an email that’s a single sentence long and gets straight to the point, you’re likely dealing with a D. In their emails, they tend not to waste time with introductory chit-chat, niceties, or even formal greetings and salutations.

When sending an email to a D, try to echo this straightforward style. If you send them an email that’s more than a paragraph long, they’ll just skim it. If they can’t immediately figure out what the point of the email is, they’ll ignore it. Although it might go against you literary sensibilities, when you write an email to a D, keep it brief. Better yet, try using bullet points.

If you’re a D, remember: It’s perfectly fine to keep your emails short and direct. But adding a small personal touch, even something as simple as “Hi John,” or “Have a good day,” goes a long way with I, S, and C personality types.

People with an I personality are outgoing and are natural entertainers. They like being around other people, and are energized by social interaction. As a result, they are the personality type that most dislikes email—I personalities typically would much rather handle things in person than over the Internet. When they do send email messages, they tend to be relaxed and conversational in style, and not crafted with the same sense of urgency that the emails of D-style personalities carry.

When sending an email to an I, they will respond better to messages that have a personal touch. Keep things light and friendly. A sense of humor and a dash of praise will get you a long way with an I.

If you’re an I, remember: An email isn’t the same as a text message. It’s not Facebook, either. Nor is it a personal memoir. When you’re dealing with friends, anything goes. But in email you send for work, there’s no need to try to be entertaining. Also, when you’re at work, make sure that the level of discourse in your email is professional. Avoid abbreviations like “thx” or “lol.” (And no winky face emoticons! Save those for your friends.)

People with an S personality are loyal, patient, and caring. Their easygoing personality is reflected in their emails, too. Their emails are personal, warm, and tend to focus on the “big picture.” In their writing, they tend to address situations from a perspective that includes the well-being of everyone around them.

If you’re sending an email to an S, pay special attention to the way you deliver disappointing news. They will be more receptive to bad news if you also take the time to explain that the issues that are important to them were taken into consideration before a decision was made. Also, don’t drop huge changes on them through email. That kind of news, especially delivered impersonally and abruptly into their inbox, doesn’t sit well with an S. They don’t like change, and will need to be handled with a more gradual approach.

If you’re an S, you are extremely kind and understanding. Those are great traits. But, it’s also ok to convey a sense of urgency in your email. Instead of “If you get a chance, could you…” , try “Sometime before Thursday, I’d appreciate it if you would…” (D, I, and C personalities will appreciate your directness and specificity.)

People with a C personality are organized and methodical. They are also a bit on the introverted side, and prefer to take care of things via email than in a face-to-face meeting. (Social interaction drains them, but they could write forever.) C personalities also love email, because it allows them to convey a high amount of information instantly. If you’ve received an email that’s three screens long and filled with explanation, questions, or data, you definitely dealing with a C.

When sending an email to a C, understand that if you want them to reply, they will take a significant amount of time to craft a response—They will consider decisions thoroughly and make sure their sentences are perfectly crafted before they click send. (Some C’s read their emails over ten times before sending, just to make sure that everything is perfect.) Give them enough time to craft their response. If you’re under a time crunch, then be specific in what you need and when you need it. Include a timeframe for response, and pass over as much information as possible. Most importantly, keep emotion out of your emails—C personalities prefer to approach things logically.

If you’re a C, try to state what you need quickly at the top of the email, and then elaborate afterwards. You can be as specific as you need to be in your emails, as long as you don’t bury the point or action you need taken too far down the page. If you wait until paragraph 4 to get around to saying what you need, you will have already lost the attention of the Ds and Is.

Find out your personality style: 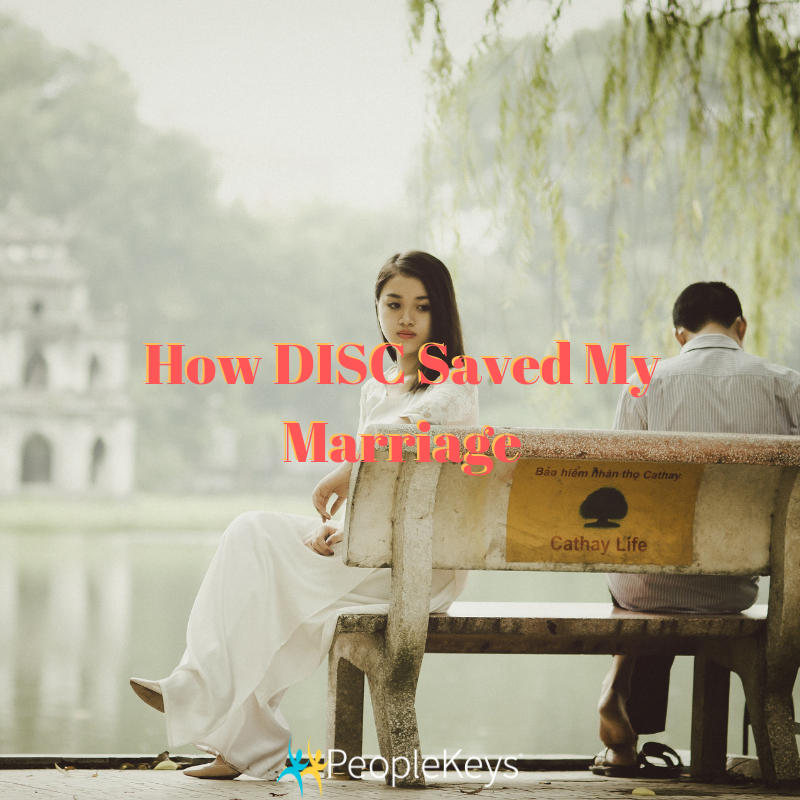 How DISC Saved My Marriage

How to Encourage & Inspire Your Team With DISC