Most Favorite Expressions of DISC Styles

The other day we were talking about misheard song lyrics and somehow it lead to a conversation on expressions, both wrong and right, we often hear people say. You know what I am talking about, things like:

“Escape Goat.” Actually, it is a SCAPEGOAT.

“Taken for Granite.” No, it is TAKEN for GRANTED!

I have my own favorites, mostly those which have come from kids. My mother once said to her granddaughter, after baking her cookies, “Well it is the least I can do for you.” Maggie, the 7 year old girl, thought about it for a moment and then asked, “Grandma, what is the MOST you could do for me?”

My own sister once heard that rebel guerrillas had kidnapped a group of hostages and asked for a million dollars ransom. Only being eight at the time, she asked me, “What would a bunch of monkeys do with a million dollars?”

All that being said, there are a lot of expressions I hear often, and while some are universal some are more or less by DISC style. Let us know some of your favorite “style” sayings as we share ours with you.

D Style:– Just do it! (Meaning do what I told you without asking me why)

My way or the highway!

Who cares what time it is?!

S Style: – Can’t everyone just get along?

I wish someone would say something to that person (usually referring to a D).

They (or their mistakes) are driving me crazy!

What's your favorite expression? Share in the comments below! 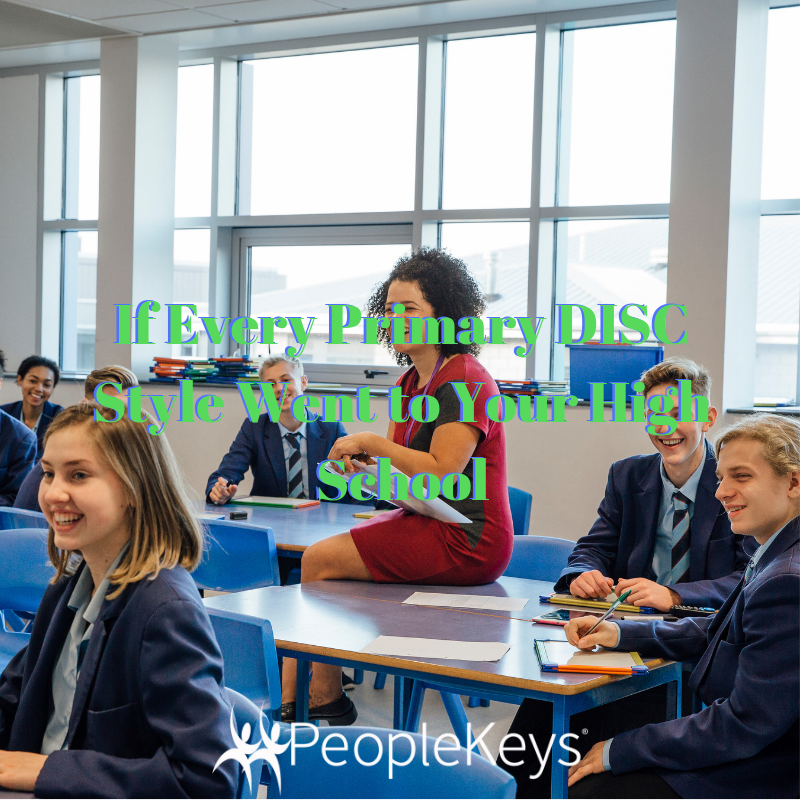 If Every Primary DISC Style Went to Your High School

How do DISC styles vary by country?